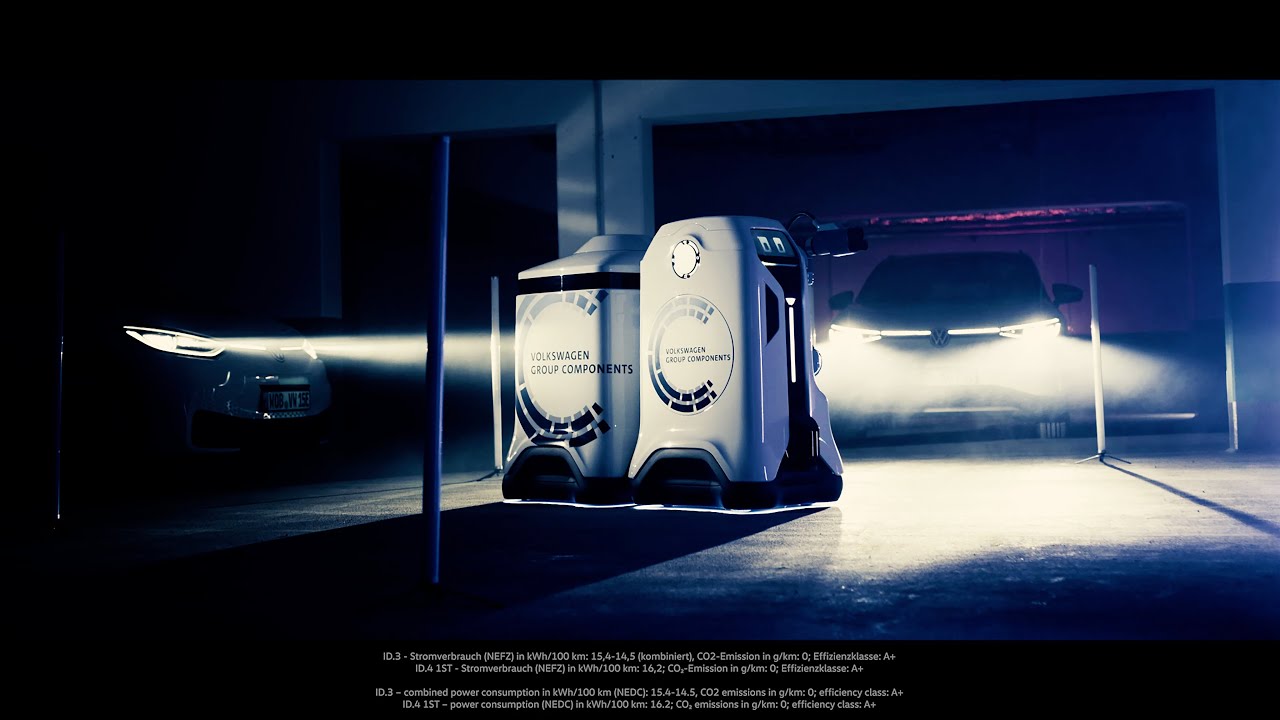 Volkswagen says it’s made a prototype of the electric vehicle charging robot concept it first showed off in proof-of-concept form in late 2019, and that it plans to keep developing the idea. The giant German automaker apparently liked the concept so much that the prototype charging robot looks almost identical to the concept version, complete with blinking digital eyes and R2-D2 noises.

The robot — which, shockingly for Volkswagen, doesn’t have a garish or cutesy name — works simply enough in theory. When you park your electric vehicle in a parking garage, you (or your car) can request to have the battery topped up. The robot unmoors from its docking station, hooks up to one of a dozen or so mobile batteries, which it then drags to your car. The robot plugs the battery in to your car and then returns to its station, ready to field any other charging requests. When your car is done charging (or you return from your errand), the robot collects the battery and brings it back to the charging racks, stopping to let other cars and pedestrians pass by along the way.

It’s a fun idea, though there are a number of possible points of failure that Volkswagen didn’t address in the press release issued Monday. For one, the charging robot depends on cars being connected to an overall network of some kind (known in the industry as V2X, or “vehicle to everything”) in order to communicate with the robot. But that’s an idea that has yet to take hold, and one that is fraught with unglamorous but nevertheless foundational problems, like arguing about which standard to use.