Seats up to four, and can drive in multiple directions 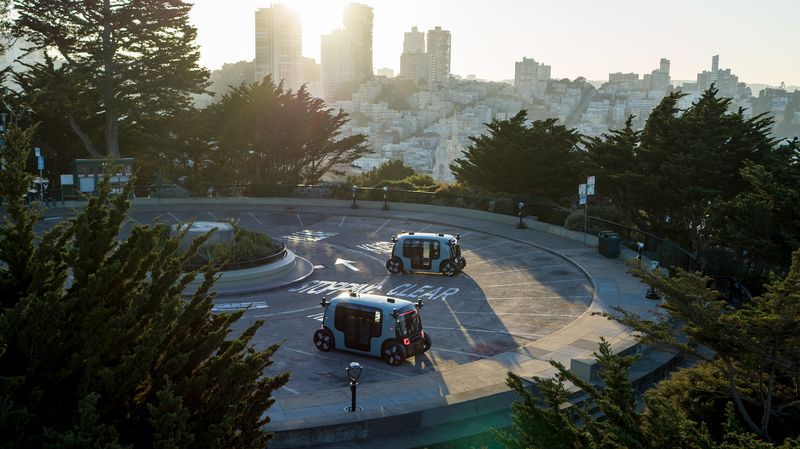 Zoox, a self-driving car company that Amazon bought in June, has finally revealed its robotaxi after six years of gnarly prototypes and secrecy. And while it broadly resembles other first-generation autonomous vehicles from automakers and Silicon Valley startups, Zoox’s robotaxi has a few standout features, as well as an overall polish to it that makes obvious why Amazon thinks it might be the cornerstone of a fledgling autonomous ride-hailing service.

The autonomous “carriage-style” vehicle is an all-electric four-wheeler that seats up to four people, and is similar in appearance to fully self-driving vehicles created by other companies in the space. At just 3.63 meters long, it falls somewhere in between the big, boxy Origin robotaxi from Cruise (which is owned by General Motors) and the delivery-focused robot made by Nuro.

To further differentiate, Zoox has spent the last few years working on outfitting its autonomous vehicle with the ability to drive both forward and backward, and side to side, or “bi-directionally.” Combined with four-wheel steering functionality, Zoox says its vehicle will be able to handle precise maneuvers like “tight curbside pickups” and “tricky U-turns.” Zoox also claims its vehicle is the first of its kind to be able to travel at up to 75 mph, a possible nod to ambitions to one day put the vehicles on the highway.

Like most early autonomous vehicles, Zoox’s robotaxi is decked out in safety technology. There’s a crown of six LIDAR pucks up top, as well as multiple radar sensors and cameras. Zoox says this provides a 270-degree field of view at each corner, virtually eliminating blind spots as well as providing redundancy in case a sensor fails. The sensor suite allows the vehicle to see objects up to 150 meters away, Zoox says.

The interior of Zoox’s vehicle is less coldly technological. The cozy bench seats, which face inward (hence the term “carriage-style”) are surrounded by what looks like textured fabric. The seats also conceal what Zoox says is a radical rethink of how airbags work. There are cupholders and wireless charging mats between seats. And the ceiling has a starry sky pattern, the kind commonly seen in luxury vehicles like the Rolls Royce Ghost. A small touchscreen at each seat is the most obvious tech found inside; Zoox says passengers will use these to control music, air conditioning, or see their route and ETA.